Ripping out of Beijing’s darker corners is STRUGGLE SESSION, the current standard bearers for brutal fastcore in the Chinese capital. Hailing from the US, Canada, and Australia, this motley crew of international miscreants bonded in Beijing over a shared interest in fun, fast music, and partial on-stage nudity. STRUGGLE SESSION was born as a tempest on the Beijing musical landscape sharing bills and beers with hardcore, metal, and post-punk bands alike.

STRUGGLE SESSION features members of Beijing hardcore-punk band Fanzui Xiangfa, Australian synth-grind Scrotal Vice, Moroccan hardcore band W.O.R.M., and US band Handed To The Thousands. After ripping a hole in their local scene and sharing stages with like minded misfits across the country, STUGGLE SESSION, previously known as Dress Code, have released a 12” split  with Guangzhou's "Die! Chiwawa Die!"  and take their frenetic show on the road, partying with Moroccan and southern Spanish squats on their inaugural international tour.

They will tour Spain and Morocco in July. More information about the tour and the band can be found on their Facebook page. 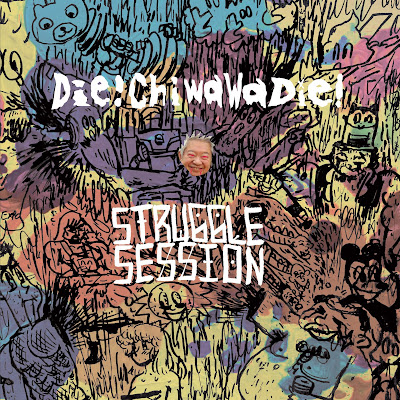