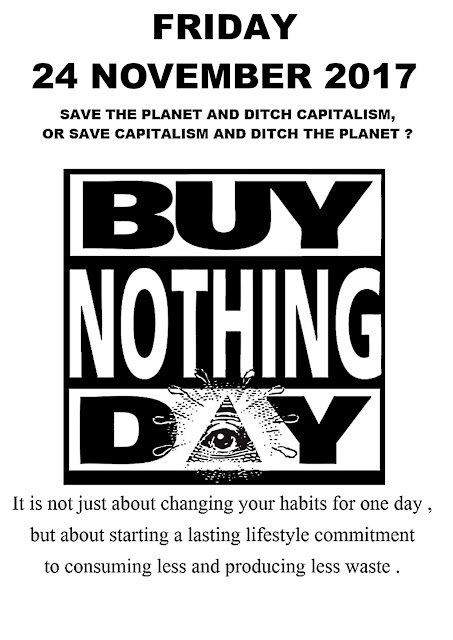 A new product is widely available on the last Friday & Saturday of November, the Buy Nothing Day & International Buy Nothing Day. Buy it as often as you can!

A new product conquers the market: the product Nothing! There is great demand for Nothing. Millions of people need Nothing! The new product is now available at an attractive price, you get nothing for nothing! The applications are endless. Nothing gives room in the house, requires no maintenance, no need to secure and consumes no energy. It even provides energy because for nothing the sun rises! Nothing is better! Buy Nothing!

The perfect time to purchase Nothing is on the last Friday & Saturday of November, (International) Buy Nothing Day. That day is after all the day of protest par excellence of anyone who opposes consumerism, the pursuit of economic growth, the power of big business, the 24-hour-stress society, the seven-day sales week and a life in the service of economy.
http://www.buynothingday.co.uk/ 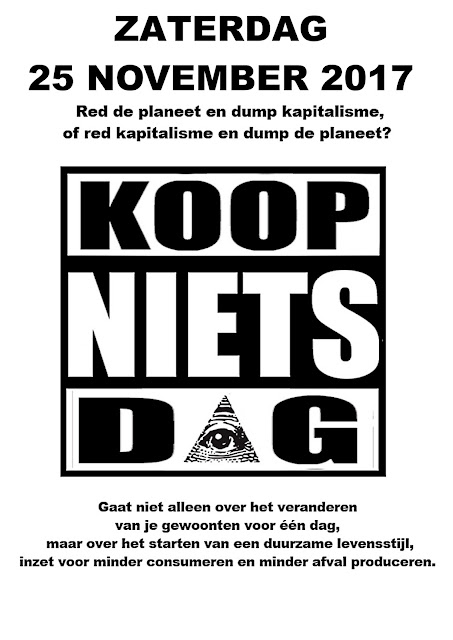 Download our Buy Nothing Day 2017 pamphlets here :
Includes  JPG's like below and a print ready PDF with 4 pamplets on a page,
good for recto verso printing on A4 format.